Last weekend I attended the inaugural First Coat Music & Arts Festival in Toowoomba (yes, Toowoomba, you snob;) about 120km west of Brisbane. I thought I knew what to expect after last year’s event – great art on big walls – but it was only the first year, after all. My expectations weren’t nearly as high as they’ll be next year. The caliber of street artists this year was as great as last, but this year it seemed the whole town was in on it which made the experience so much cooler. Bakeries and cafes were supplying artists’ lunch; every hotel/motel provided rooms to travelling artists; there was a poster in just about every shop window; and the ‘country hospitality’ all-round delightful. Plus, the launch party was off the hook, boasting Brissy legends Regurgitator (who hadn’t performed in over 2 years) and a bunch of other great acts. What I especially enjoyed, alongside the amazing art, was seeing so many older locals and young families getting around to the sites – and absolutely loving it. Smiles and good vibes everywhere. It could be easy to assume, having lived in Brisbane for 15 years, that regional Toowoomba would be even more culturally dry than the state’s capital (n.b. Brisbane has bred some of the World’s best artists; but most live elsewhere due to lack of opportunity). Turns out even rural Queensland has adopted the modern world’s approach to street art, openly and organically – without the need to control the medium, size, content, audience etc., etc., like our Nanny-Council tends to do. (I could rant here but that’s not going to help anyone and I have heard whispers of change, though not for the first time). Let’s just say I’ve found it frustrating in the past seeking (not necessarily monetary) support from BCC for cultural programs involving anything that might be linked to graffiti – or underground music for that matter. (It’s 2015! So much for Cambell’s “New World Brisbane” whatever that means). It’s frustrating especially as public art (of varying forms) has clearly had great economic, community and cultural identity benefits for many other cities, world over.

Here, in First Coat we have a great example of a viable arts program that doesn’t cost much and creates so much joy (which should be enough) as well as great economic benefit (tourism, retail, jobs) for the community. I’ve been in discussion with a few Brissy art champions for a while, regarding a mural festival for Brisbane, but I’m not willing to battle Council anymore so we’ll see – stay tuned!

Anyway, I had so much fun at First Coat I thought I’d write a little shout out. I’m so excited to have a weekend destination, so close, with so much to see and do. I never considered Toowoomba much before. But with it’s beautiful heritage buildings, markets, parks and gardens, good coffee (didn’t have a bad one all weekend) and now world-class street art around every corner – in hidden alleyways, car parks, and just about every big (non-heritage) wall in town – it’s definitely worth the easy hour and a half drive from Brisbane.

Mega props to Festival Coordinator Grace Dewar, extended First Coat and Kontraband crew, the 20 amazing artists, and the City (according to Wikipedia) of Toowoomba, you should all be very proud!

Here’s some iPics I took – check out the First Coat facebook & Insta for more pics and Ironlak.com for official pics soon…

Drapl & Treazy. Flix can’t do justice – get to 5 mill Street and see this multi-dimensional peice for yourself. 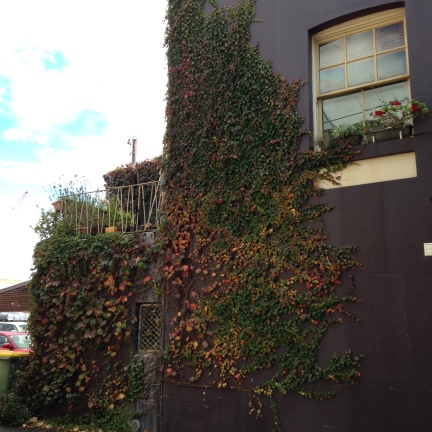